Do you want to get back in shape, but you hate going to the gym to do boring, repetitive exercises? Can you not motivate yourself to go out by yourself for a run? Then check out this list of the best martial arts to get in shape. You will learn new skills, get to know new people, and the group pressure will hopefully help you to keep it up! 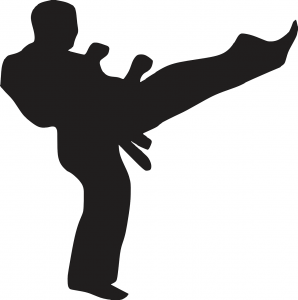 The list below gives you some of the best martial arts that will help you to get back in shape and give you the skills to defend yourself and a fun new hobby at the same time!

1. Krav Maga – one of the best martial arts to get in shape

If you really want to fight like a pro then Krav Maga is the best choice! Krav Maga means “Contact Combat” in Hebrew and was originally developed for the Israeli Defense Forces (IDF). It is one of the most effective and efficient martial arts for self-defense out there!

Krav Maga is different from more traditional martial arts, as it is not really a sport. The techniques used in Krav Maga focus on the most efficient self-defense in real-life situations, by neutralizing the threat, moving from defense to attack as fast as possible, by using the body’s natural reflexes and striking the opponent at the most vulnerable points.

The most important idea in Krav Maga is to neutralize the attacker as soon as you can, by taking over the initiative yourself and fight back with an attack to end the fight.

If you think about the best martial arts to get in shape, Taekwondo definitely should be on your list.

Taekwondo is a self-defense martial art that originated in Korea. Tae means foot, Kwon means hand or fist and Do means the way. Taekwondo can be translated as the way of foot and hand.

This makes sense as the most important element of Taekwondo are the kicks with the foot: jump kicks, kicks to the head and extremely fast kicks are all very common when practicing Taekwondo. The main principle in this sport is that speed and the speed of kicking is the most important in generating power.

Muay Thai is a form of Thai Boxing. It is a close combat sport that originated in Thailand and is growing in popularity.

Muay Thai is referred to as the art of the eight limbs, as it makes use of fists, elbows knees and shins in its various techniques. It is also very focused on body conditioning. To practice Muay Thai you need to develop a very good overall shape and fitness. At the same time, you may need to condition several body parts by special training exercises, such as hitting a punching bag with your shins in order to make them stronger.

A big difference with traditional boxing is that Muay Thay allows the use of clinches. When two fighters clinch, they are not separated and are allowed to continue. Through the use of elbows and knees, the fight can be continued during a clinch.

Karate is a Japanese martial art practiced by Karatekas. Karate means empty hand and is a method of self-defense in which no weapons are used.

The combat techniques used in Karate are made up mainly of punches thrusts, knee strikes, kicks and elbow strikes. In addition, open-hand techniques are used, such as the knife-hand strike.

Jiu-jitsu is another Japanese martial art. It is a method of close combat used for defeating an armed opponent by using no weapon or only a short weapon.

In Jiu-jitsu practitioners try to manipulate the opponent’s force against himself rather than confronting it with their own force. As the opponent is supposed to be armed, it does not make a lot of sense to strike against that opponent as it would be very ineffective. The most efficient methods for neutralizing an enemy are used, being pins, joint locks, and throws. These techniques are developed based on the idea that using an attacker’s energy against him is more effective than directly opposing the force and energy.